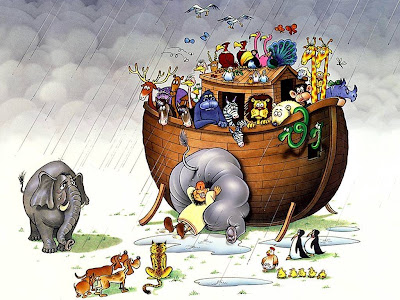 PURPOSE OF THE LESSON
Teach children that God’s friends are kept by Him.

Educator, you take to class a picture of scenery with a rainbow and pictures or drawings of animals: cow, ox, giraffe, lion, bear, birds, etc. which will be used during story time. Start by asking the following: Children, what would you do if you see your friend going through a dangerous situation? (Wait their participation) You would certainly do something to help him/her or you would ask for an adult to help them, right? In today’s story I am going to talk about a fearing God man who had his life saved. Let us hear the story? So pay attention.

ONCE UPON a time there was a very honest and kind man who always obeyed God. Noah was his name. Noah walked with God, that is, he did His will. Noah’s neighbors did many wrong things that displeased God and, because if their many sins, God decided to end the entire earth.
Children, it was not fair that Noah and his family suffer along with those people who did not respect God. So, God told Noah His idea: "Noah, I'll end it all, for the earth is filled with violence. I want you to build a large boat with three floors, door and window, because I'll make fall on the ground a lot, but a lot of rain. But do not worry Noah, for I make a covenant with you, and will enter the boat you and your entire family, your children, your wife and the wives of your sons, and also two animals of each species, a male and a female will enter into the boat: poultry, cattle, reptiles and all kinds of animals, always a little couple, to keep them alive. "
Noah obeyed God and started building the ark; for being so big it took about 100 years to be done. Noah and his family had to be very obedient and they had so much faith while building the ark. God has closed the door of the ark and no one could open it neither inside nor outside.
Those people who were outside remained laughing at Noah until started falling a very heavy rain, and soon everything was flooded. It rained during forty days and forty nights, nonstop. Then God remembered Noah and the animals, and blew a wind over the earth; the water of the deluge went down and the rain stopped.
After a hundred and fifty days, the ark has stopped on Mount Ararat, and you could see the top of the mountains. To know if the waters were low, Noah has opened the window and released a bird, a raven. The raven flew, but did not find a tree to land, so it came back to the ark.
Days passed by and Noah released a dove and, just like the raven, it came back. After seven days, he released the dove again and it came back with an olive leaf on its beak. Noah waited seven more days, released the same dove again, and it never returned.
That was the sign; it was time to get off the ark, and was God Himself who told Noah to go out with his entire family, and told them to have a lot of children so they would populate Earth. So, Noah left the ark. Do you know what did he do first? He made an altar with stones. Noah offered on it a sacrifice to the Lord. God was very happy with that offering and said he would never destroy Earth again, and while there was Earth, then would also have seeds, cold, hot, summer, winter, day and night. God blessed Noah and his entire family.

Children, Noah was God’s friend and because of him, God made a covenant that benefits us until today. God has put a rainbow in the sky as a sign of His covenant with Noah and all mankind. God said he would never destroy Earth again with a deluge. And it is because of that, children, every time we have a heavy rain, soon after the rainbow appears in the sky. The rainbow represents the covenant of God with Noah and all of us. Little friends, when we are God’s friends, we are kept and protected by Him, just as He did with Noah. Understand? Amen!

Educator, you cut three pieces of cardboard (tag) with 20cmx20cm, make a little hole where you will put a piece of ribbon which will serve as a cord. Write on one of the tags the word GOD, and on the other tag write DANGERS, and on the third tag write SIN.
Educator, you put the tag GOD on a child, the tag DANGERS on the help educator (or another child) and ask her to stay at the end of the classroom. The tag SIN you put on yourself and stay at the end of the classroom. Call another kid and explain to the class: (say the name of the kid) will represent the person who walks with God, (say the name of the help educator or the kid) will symbolize the dangers of this world and I will represent sin (say it pointing to your tag).
Educator, (apart so the class do not hear you) instruct the chosen kid to hold hands to the one who has the tag God and to stay away from you and the help educator. Ne sure that one understood and say: Let us say that (point to the chosen kid) is a person chosen by God, and one respects Him, does His will and walks with Him, always following His steps (ask the two kids to walk around the classroom). Class, see that God never leads us to dangerous places or ways (point to the help educator or the kid with the tag dangers), and there is no way of being with Him living a life of sin (point to your tag) making so wrong things. Did you understand? You know, kids, Noah walked with God, that is, he was God’s friend for he did His will. Even having neighbors who did wrong things he remained faithful and obedient to God. Who here wants to be like Noah, say “me”. Amen! Now, let us pray so Jesus put in us the same character of Noah? (Educator, pray with your class). 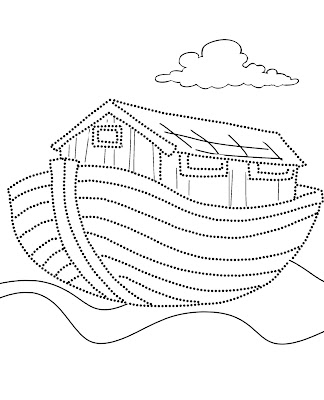 Noah walked with God, and was saved with his family.
Paint and number according to the order of the picture. 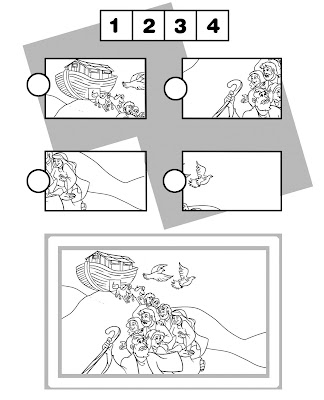 Relate the second column according to the first column.

(2) Number of people who entered the ark.

(3) Number of days and nights of rain.

(4) First animal that came out of the ark.

(5) Time for building the ark.

(6) Mount where the ark ran aground. 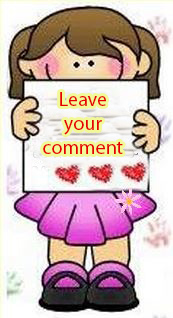